Skip to navigation Skip to content
Sold out!
SAMSUNG 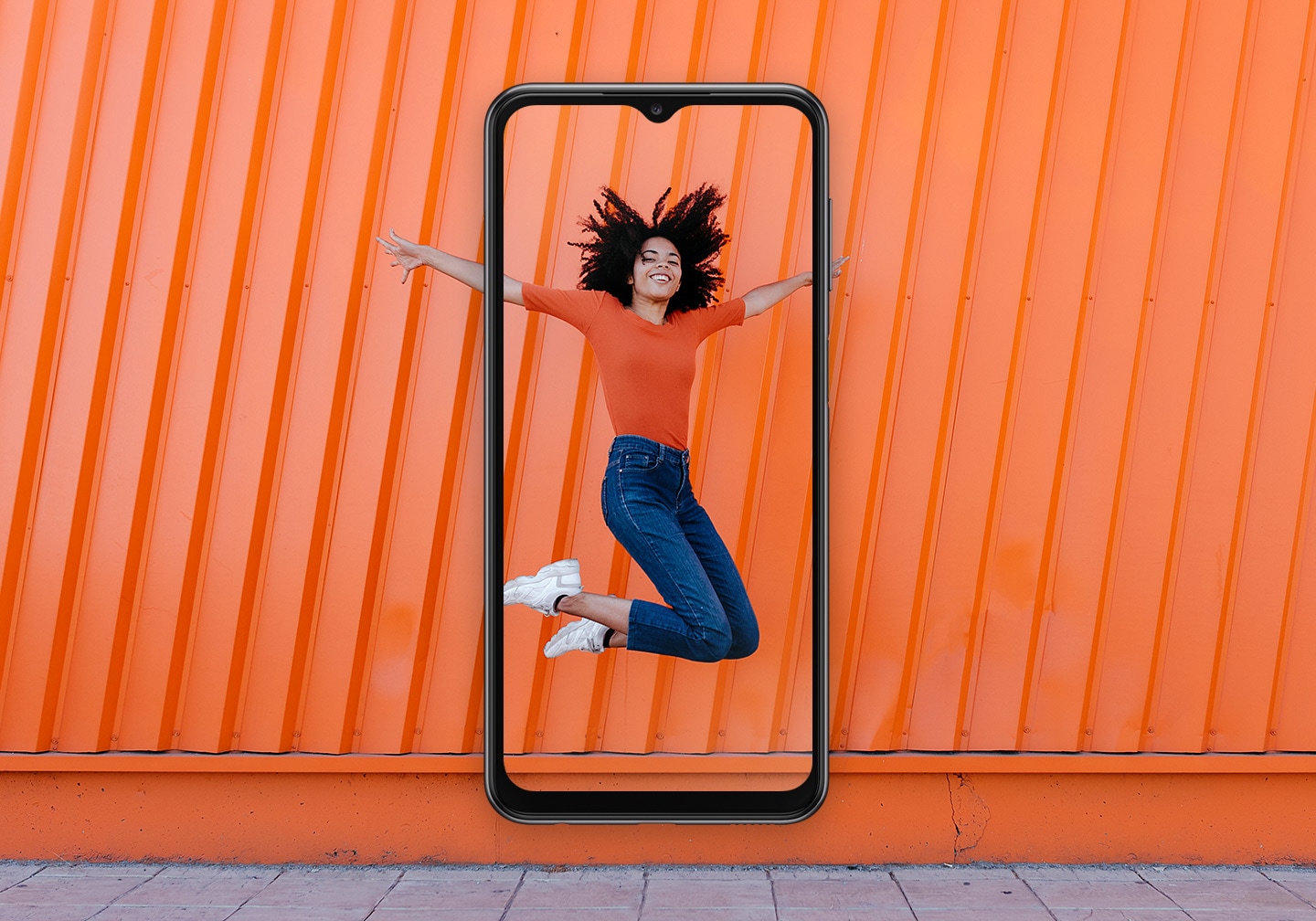 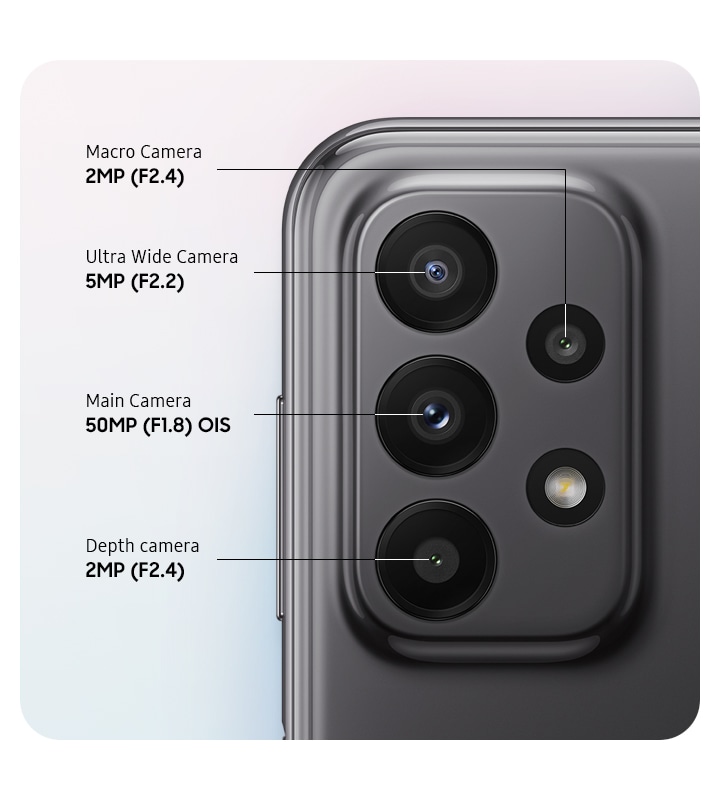 Equipped with impressive features and decent specifications, the Samsung Galaxy A23 is a perfect choice at a great price. The phone offers a slip-free grip as it is light in weight and is easy to carry. The Samsung Galaxy A23 is the successor to the Galaxy A22 released by Samsung last year. It’s a 4G LTE budget smartphone and has a massive 5,000mAh battery and an impressive quad rear camera set up.

The Samsung Galaxy A23 features the Snapdragon 680 4G chipset. This chipset is a mid-range performing chip from Qualcomm. It has a peak download speed of 1Gbps and a peak upload speed of 500Mbps. This chipset has a pretty decent CPU and GPU cores.

Its CPU has a speed clocked at 2.4GHz paired with the Adreno 610 GPU. The chipset has support for sensors such as NFC, fingerprint scanner, and GPS.

The Samsung Galaxy A23 comes with four cameras at the rear and a single front camera. At the rear, it has a 50MP main camera with a PDAF feature, a 5MP ultra-wide camera, a 2MP macro lens, and a 2MP depth sensor. Upfront it comes with an 8MP selfie camera placed in a dewdrop notch at the top center.

The quality of photos from the cameras is decent. When making videos the available features are LED flash, panorama, and HDR.

The Galaxy A23 comes in various RAM and storage configurations. And the configuration is different in every region. But the base model is 4 + 64GB storage. It also has space for storage expansion via a microSD card.

The Samsung Galaxy A23 is powered by a 5,000mAh battery with support for a 25W fast charge. 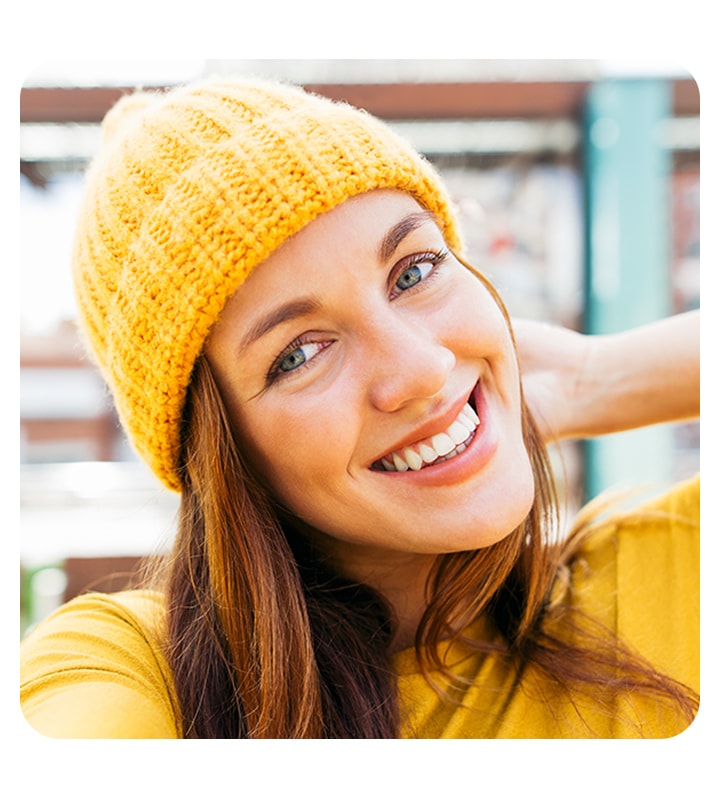 With the bokeh effect added to the 8MP Front Camera, you can snap stunning selfies that feature more you and less background.

Stay ahead of the day with a battery that won’t slow you down. The 5,000mAh (typical)¹ battery lets you keep doing what you do, for hours on end. 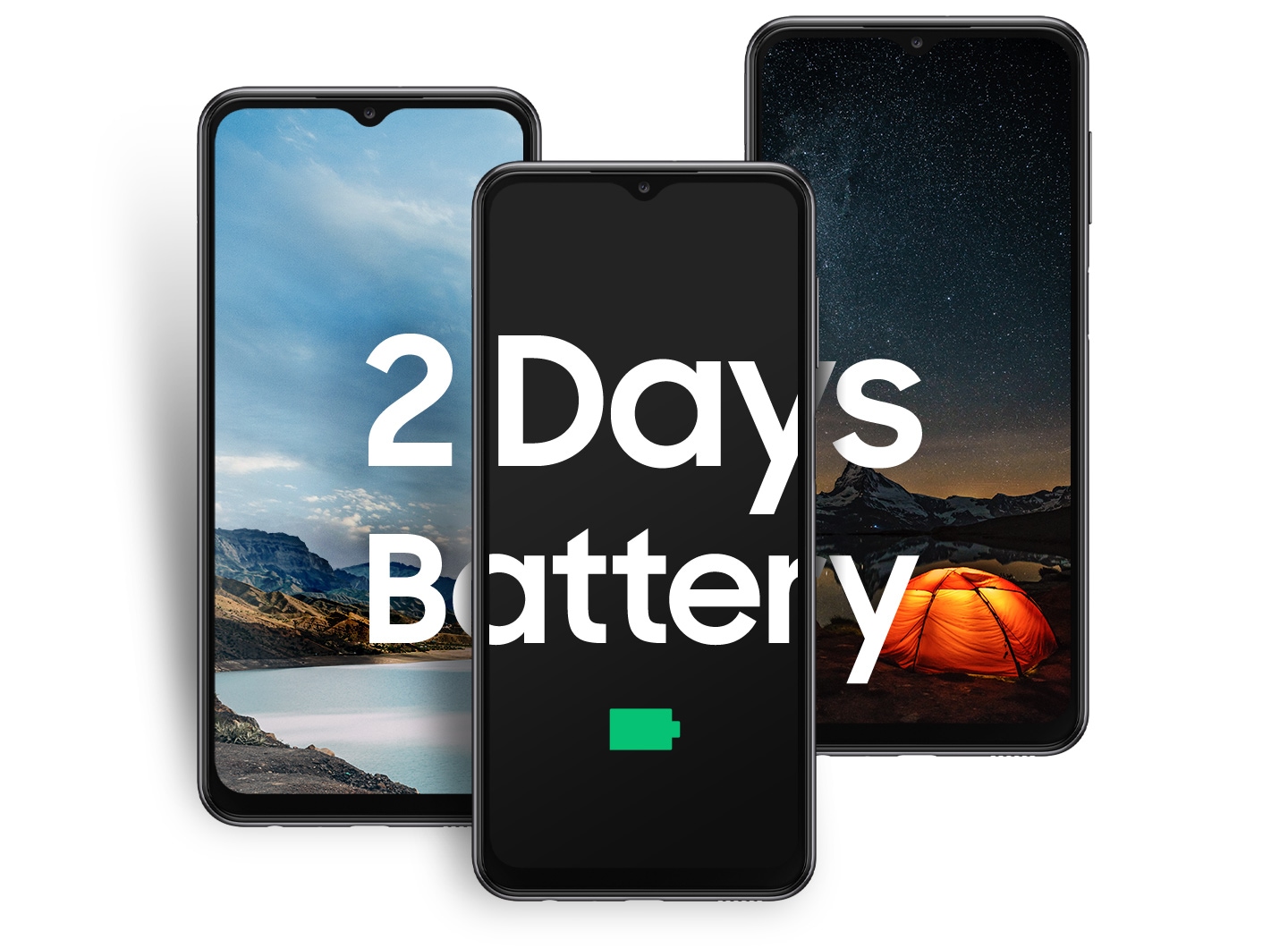 The Galaxy A23 combines Octa-core processing power with up to 4GB/6GB/8GB of RAM for fast and efficient performance for the task at hand. Enjoy 64GB/128GB of internal storage and add up to 1TB more with a MicroSD card. Go beyond the ordinary listening experience with Dolby Atmos

Simply plug in your earphones to be transported to the middle of your music and movies. With Dolby Atmos, you’ll hear the sound that’s full, loud, and seems to surround you in the scene.