Creative professionals can run multiple apps, sort and edit thousands of photos, play back 9 streams of 8K ProRes video, record and mix pro-quality music, and more using the Apple Mac Studio. This entirely new Mac desktop transforms any space into a studio and packs supercharged performance, extensive connectivity, and new capabilities in an extremely compact form factor. All of this boosts the Mac Studio to an entirely different level, as it features an M1 Max 10-Core processor, 32GB of RAM, and a 24-Core GPU. 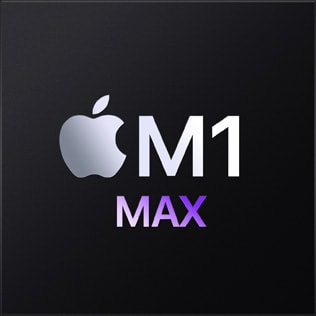 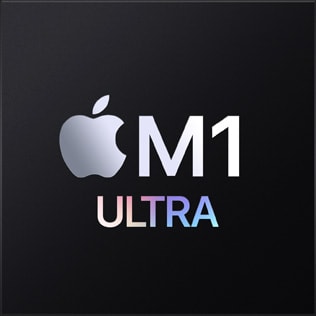 Mac Studio is an entirely new Mac desktop. It packs outrageous performance, extensive connectivity, and new capabilities into an unbelievably compact form, putting everything you need within easy reach and transforming any space into a studio. And it all starts with your choice of the ferociously fast M1 Max or the all-new M1 Ultra — the most powerful chip ever in a personal computer.

M1 Max brings the power to tackle challenges of almost any size. Whether you’re running multiple apps, sorting and editing thousands of photos, recording and mixing professional-quality music, or discovering a new exoplanet, the screaming-fast M1 Max has your back.

Built from two M1 Max chips, M1 Ultra lets you power through workflows on an unprecedented scale. So you can run complex particle simulations or work with massive 3D environments that were previously impossible to render. And with twice the media engine resources, M1 Ultra can support up to 18 streams of 8K ProRes 422 video playback — something no other personal computer can do. 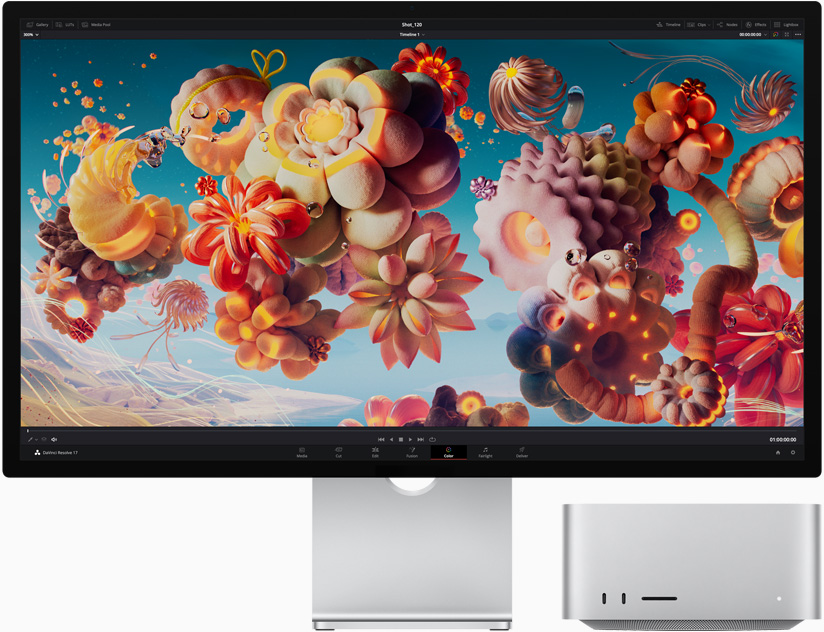 The incredible power and efficiency of Apple silicon have allowed us to completely reimagine the high-performance desktop. The design inspiration for Mac Studio was simple: to let M1 Max or M1 Ultra — and your creativity — run completely unrestrained, within the smallest possible footprint. It fits perfectly under most displays, putting prodigious power and connectivity at arm’s reach, right on your desk.

Mac Studio lets you create the studio of your dreams with an array of 12 high-performance ports, located front and back for convenient access. Easily connect — and disconnect — your camera, external storage, and other devices from the front. See the bigger picture by plugging in up to four Pro Display XDRs and one 4K TV. There’s also a headphone jack with advanced support for high-impedance headphones or line out for amplified speakers. 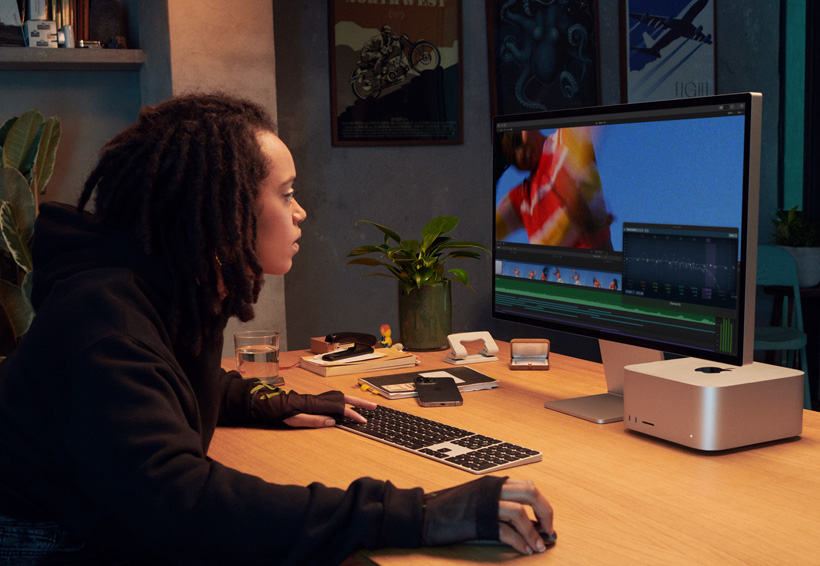 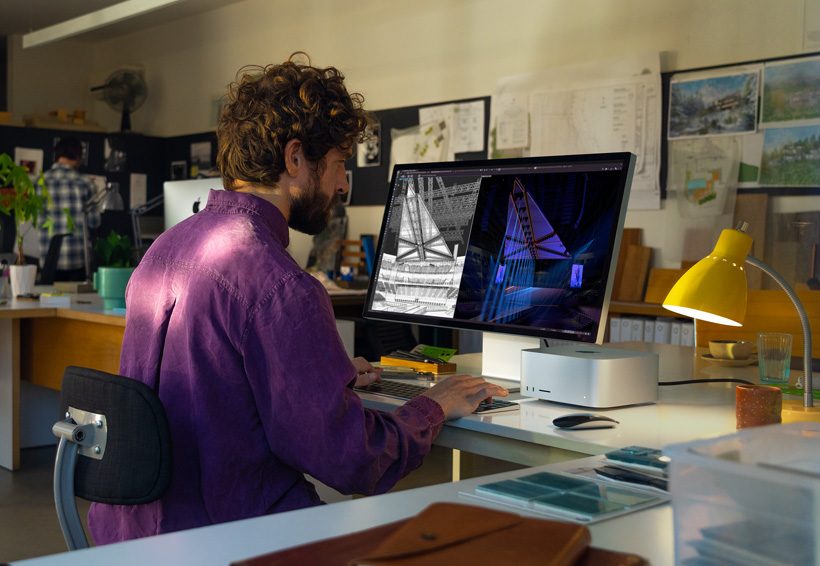 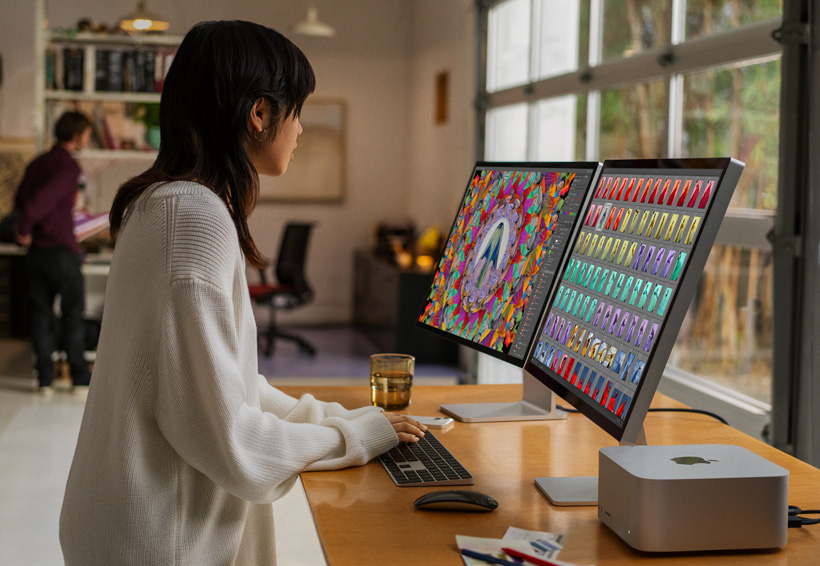 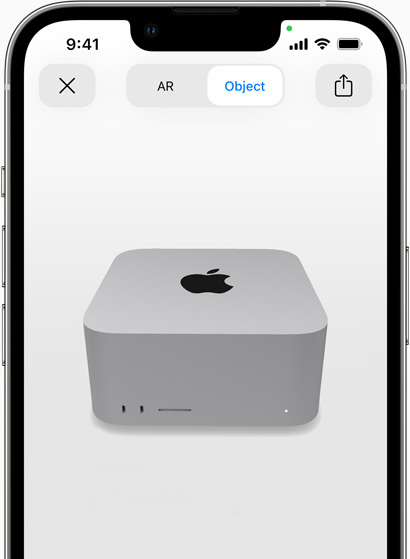 macOS Monterey was designed to scale with Apple silicon, so the system automatically benefits from the increased graphics, massive memory, and powerful machine learning of M1 Max or M1 Ultra. With over 10,000 optimized apps and plug-ins — and great new macOS features like Universal Control (Beta), Shortcuts, and Focus — you can work, play, and create in ways you never imagined.

Use AR to see Mac Studio in your workspace.

Open this page using Safari on your iPhone or iPad.

Designed with the earth in mind.

Mac Studio was engineered to minimize its environmental impact, from how it’s built to how it’s packaged and shipped — even how it’s used. Thanks to the efficiency of Apple silicon, Mac Studio raises the bar for desktops in its class by requiring far less energy than its competitors. Over the course of a year, Mac Studio will use up to 1,000 kilowatt-hours less energy than a high-end PC desktop. It uses 100 percent recycled rare earth elements in its magnets and recycled tin in the solder of the main logic board. All virgin wood fiber in its packaging comes from responsibly managed forests.